SOFIE (SOFIE (SOlar Flares detected by Ionospheric Effects) is an extraordinary project of the German Aerospace Center (DLR) for schools. Under the guidance of the DLR_Project_Lab in Neustrelitz and in cooperation with many different partners, schools have the opportunity to measure the activity of the sun by themself and to do a scientific analysis. At the moment the project is in its start up phase. Interested schools are welcomed to contact us. Furthermore the project shall become internationally in the future.

The objective is to detect solar radio bursts (solar flares) by continuously measuring the intensity of VLF radio signals and observing ionospheric propagation effects on radio waves. The high-energy radiation of solar flares (e.g. X-ray radiation) modifies the structure of the lower ionosphere at an altitude of 60 - 150 km/ 35-95 miles. The changed conditions for radio wave propagation are immediately measurable as variations of the receiving intensity using the SOFIE-receiver. Apart from possible signal interferences, the recorded signal strength maps directly the temporal variations of solar flares, with a remarkable precision. So, by simple measurements of the carrier signal, it is possible to detect solar flares, which are often a precursor of space weather storms. Due to the simplicity of the measuring method, SOFIE is perfect as an educational project. Not only does it introduce interesting scientific problems, but also has and has great potential for the development of working and thinking scientifically.

Since the beginning of 2012, SOFIE is one of the educational projects supervised by the DLR_Project_Lab Neustrelitz. It replaces the student project SIMONE (Sonnen und Ionosphären MOnitoring NEtzwerk), which was initiated in collaboration with the University of Goettingen as part of national activities of the International Heliophysical Year (cp. http://www.ieap.uni-kiel.de/et/ag-heber/ihy2007/aktivitaeten/simone/ and German article). 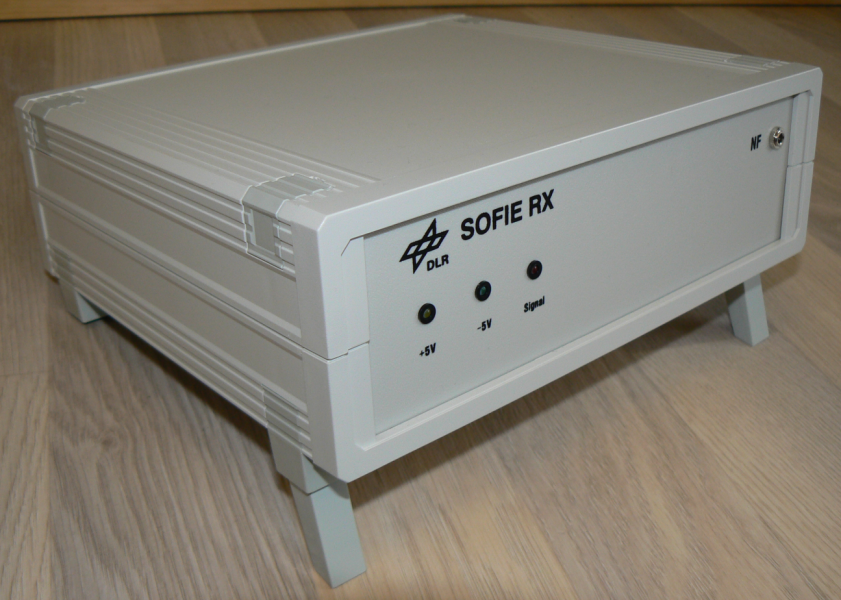 At the beginning of SIMONE in the year 2007, SID-monitors which were developed by the University of Stanford and sponsored by EADS Astrium, were used ( http://solar-center.stanford.edu/SID/sidmonitor/). The SIDMON (Sudden Ionospheric Disturbance MONitor) is partially commercial VLF-receiver that is tuned to a frequency of 24,00 kHz. Thereby, the receiver detects the signal strength of the radio waves emitted by the powerful (≈1000kW)  transmitter Cutler (Maine/USA).

Meanwhile, a specific SOFIE VLF-receiver has been developed in the DLR_Project_Lab. SOFIE RX communicates directly via internet with the SWACI server for ionospheric services. Therefore, this receiver doesn’t require an additional computer to collect and upload data. For schools, the receiver is available as a construction kit. 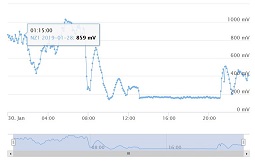